The Red Kite is a Stereo Microphone Amplifier Equaliser that adds that special warm analogue sound to modern recording techniques such as Pro-Tools.

It is a Pure CLASS A , Discreet technology from original CADAC units that were originally in the Mixing desk at the famous Morgan Studio One, where many historic recordings were mastered, but now available to hire in a self contained unit.

Its simplicity of use and outstanding results can be heard by all professionals and its reputation can be measured by the list of clients who have recently hired it, which include U2, Chris Porter, Richard Ashcroft, Sugababes and Paul Carrack.

This ideal partner to any Pro-Tools system is exclusive to us, available for hire and can be demonstrated at the Zoo by appointment.

We are also developing another stereo microphone amplifier equaliser from the famous Helios desk of Maison Rouge studio one.

In addition, we are now in the process of renovating and converting the Helios Microphone Amplifier Equaliser from the Maison Rouge studio into self contained units for hire.

We would like to hear from you if you have been involved in any recording projects utilising original desks at Morgan studio one and Maison Rouge. 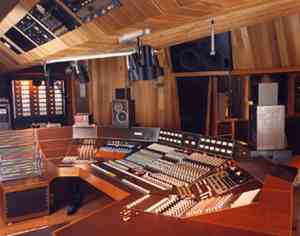 We first developed a stereo pair of G184 Mic line eq from the Morgan 1 CADAC in 1992 and named them RED KITE. Now that we have our own demo and tracking rooms full of classic kit we thought, as we have 80 channels, they would compliment the rooms and be available for hire. We have improved the spec since the first pair in 1992 but the sound is as it was intended when these desks where first commissioned. The Morgan studio 1 Cadac c1968. Pure class a discreet. These are the real items with all the history no soft or reisuue can compare.